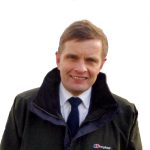 JONES TO LEAD WELSH BREXIT CAMPAIGN Westminster, 10 May 2016 Vote Leave, the designated lead organisation for the ‘Leave’ campaign in the forthcoming EU Referendum has announced that David Jones, the Conservative Member of Parliament for Clwyd West, has been … read the full article 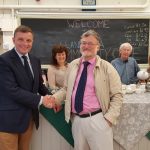 On Saturday 7 May 2016, David Jones MP attended the official opening of Llandegla Community Shop. The shop, which includes a café, has been established as a community venture, and is the result of extensive voluntary endeavours on the part … read the full article

The following is the text of a press release issued by the Rt. Hon. David Jones M.P. on 5 May 2016. JONES: RED DRAGON BAN DISGRACEFUL Westminster, 5 May, 2016 Clwyd West MP, David Jones, today slammed the organisers of … read the full article