This article was originally published in the Mail on Sunday on 30 July 2017. This is a classic case of when the cat’s away, the mice will play. No sooner is the Prime Minister on holiday and Parliament away for … read the full article 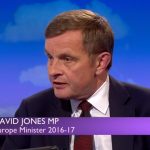 This article was first published in the Mail on Sunday, 9 July 2017. Parliament exists to reflect and enact the will of the people – not to subvert it. But amid the heat of high summer, it looks very much as … read the full article

With Brexit must come withdrawal from Euratom

The following article was published on BrexitCentral on 5 July 2017. In his Week in Westminster interview last weekend, James Chapman, the former special adviser at the Department for Exiting the European Union, was highly critical of what he contended was the Prime … read the full article 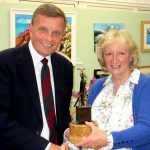 David Jones MP presented awards at the Denbighshire Arts Society to Christine Garwood for ‘Most Original Work’ and the Rose Bowl to Donald Dakeyne for ‘Best Painting’. David Jones MP said: “The standards on display at the Gallery were extremely high … read the full article